Menstrual cramps can range from a mild nuisance lasting a day or two to several days of unbearable pain that interferes with everyday activities. They’re one of the most common causes of pelvic pain and many experience them just before and during their period.

The pain is caused by uterine contractions that happen just before or during the onset of your period. But what makes the pain more severe for some people?

Read on to learn more about the potential causes of severe cramps.

During your period, your uterus contracts to help shed its lining. These contractions are triggered by hormone-like substances called prostaglandins. Higher levels of prostaglandins are associated with more severe menstrual cramps.

Endometriosis is a chronic, noncancerous condition where cells that resemble the uterus lining, called endometrial cells, grow outside the uterus.

Pelvic pain is the most common symptom. Others include:

PCOS is a common hormone disorder affecting approximately 1 in 10Trusted Source women of childbearing age. Higher levels of androgens, which are male hormones, and irregular periods are common symptoms.

Other symptoms of PCOS include:

Fibroids are noncancerous growths that develop inside or outside of the uterus. They range in size from as small as a seed to large masses that can cause an enlarged uterus. You can have one or more fibroids, often without symptoms.

When fibroids do causes symptoms, the symptoms vary depending on the number of fibroids, their size, and location.

In addition to severe mensural cramps, fibroids can also cause:

Pelvic pain is the most common symptom of PID. Other symptoms include:

Cervical stenosis, which is also called a closed cervix, happens when the opening of your cervix is narrow or completely closed. You can be born with a cervical stenosis or develop it later.

A closed cervix can prevent menstrual blood from exiting your body, making your periods very light or irregular. It can also lead to fertility issues.

Adenomyosis is a thickening of the uterus. It occurs when the endometrial tissue that lines your uterus grows into the muscles of your uterus.

The tissue continues to function as it usually would throughout your cycle — thickening, breaking down, and exiting your body. This causes your uterus to grow two to three times its normal size.

Adenomyosis doesn’t always cause symptoms. When it does, you may notice severe menstrual cramps that get increasingly worse, as well as heavy or prolonged menstrual bleeding.

An IUD is a small birth control device that’s inserted into your uterus. There are different types of IUDs available, some containing hormones while others are hormone-free.

They’re safe for most people, but they can occasionally cause side effects, including: 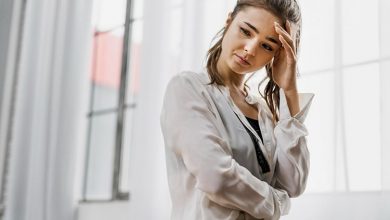 What Are Ovarian Cysts? 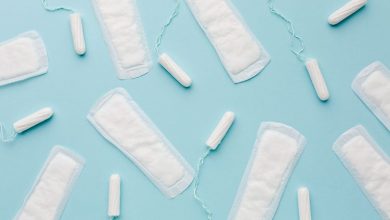 What Does Each Period Blood Color Mean? 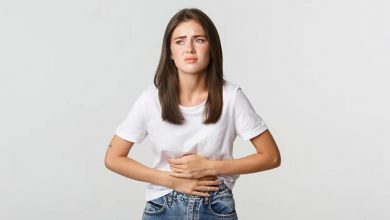 How to Treat Menorrhagia

How Surgery Can Help Menorrhagia